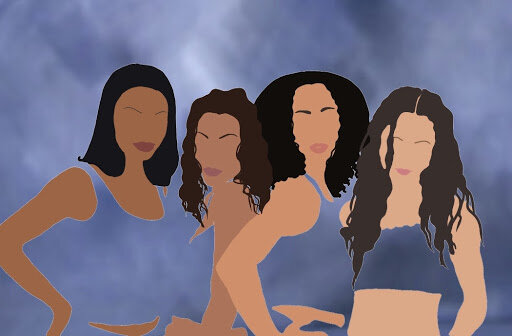 When Netflix announced that they would start streaming 2000’s Black sitcoms like “Girlfriends,” Twitter — myself included — exploded.

So many people loved watching these shows when they first aired, and it was extra special to know they were returning so we could relive all the moments over again. I have such fond memories of my mom and I singing along to the show’s soulful intro and belting the last “girlfriends” note, but I was too young to understand certain themes presented in the sitcom.

When returning to these series as a young adult going through similar situations, I finally understood what these sitcoms meant to the generation before me and the impacts they’ve had on the shows that followed. I had only watched one or two shows that centered a group of Black women facing life together, but none of them matched “Girlfriends.” From dating and divorce to school and careers, Joan, Toni, Lynn, and Maya manage to support each other despite their differing backgrounds and showcase the merits of true sisterhood. I decided to binge 172 episodes in a single month and here are a few lessons I learned along the way.

1. FRIENDSHIPS TAKE AS MUCH WORK AS ANY OTHER RELATIONSHIP.

If you’ve seen any part of the show, you might recall how frequently Toni, Maya, and Lynn take digs at Joan for not being able to stay in a relationship. But regardless of who dates who, the show itself insists that the friendship they share with each other is the most constant fixture in their lives. Of course, this friendship had its moments where it seemed like everything would combust, but somehow their kinship sustained them. It cemented in my mind that a friendship, like any other relationship, takes time to grow and can be worthwhile.

2. HOW WE CHOOSE TO SUPPORT OUR FRIENDS TAKES DIFFERENT FORMS.

A running joke in the show is that Lynn is probably the most educated in the series but never has a stable job and typically couch surfs at the others’ houses (until they kick her out). But Lynn is always willing to offer some clever, “free spirit” mantra. Support can look like helping a friend down on their luck, sharing wisdom when it comes to career moves, or by simply listening. In Black sisterhood, we bond over not only identifying as womxn, but also as Black people. There’s a lot of crap that only we put up with, but supporting each other as a community is what makes these bonds so special.

3. THROUGH FRIENDSHIP, WE CAN GAIN A BETTER UNDERSTANDING OF OURSELVES.

I watched this series and identified bits and pieces of their sisterhood in the ones I’ve made in college. There are tons of ‘Which character are you?’ personality quizzes, but I saw myself in each of these women at times. We create a certain version of ourselves that gets molded by what we give our energy to, and in the context of this show, the friends that we make really demonstrate the ideals we hold close. As my journey in life continues, I’m learning so much more about myself through the lens of the people closest to me.

I’ve struggled seeing so much violence against Black women in the past few months, and that’s why I appreciated this show as much as I did. “Girlfriends” has its flaws (colorism, harmful cishet views, body shaming), but its impact on the culture we’ve cultivated shouldn’t be taken away. This show created a safe environment for Black women to exist as they are and reflected the support I’ve received from the Black women in my life. I’m thankful to have my own girlfriends to help me maneuver through the next stages in adulthood. •